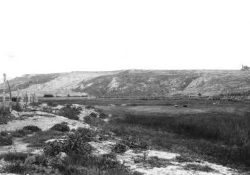 On 29 January 1863 Colonel Patrick Edward Connor and about 200 California Volunteers attacked a Northwestern Shoshoni winter village located at the confluence of Beaver Creek and Bear River, twelve miles west and north of the village of Franklin in Cache Valley and just a short distance north of the present Utah-Idaho boundary line. This band of 450 Shoshoni under war chief Bear Hunter had watched uneasily as Mormon farmers had moved into the Indian home of Cache Valley in the spring of 1860 and now, three years later, had appropriated all the land and water of the verdant mountain valley. The young men of the tribe had struck back at the white settlers; this prompted Utah territorial officials to call on Connor’s troops to punish the Northwestern band. Before the colonel led his men from Camp Douglas at Salt Lake City north to Bear River, he had announced that he intended to take no prisoners.

As the troopers approached the Indian camp in the early morning darkness at 6:00 a.m., they found the Shoshoni warriors entrenched behind the ten-foot eastern embankment of Beaver Creek (afterwards called Battle Creek). The volunteers suffered most of their twenty-three casualties in their first charge across the open plain in front of the Shoshoni village. Colonel Connor soon changed tactics, which resulted in a complete envelopment of the Shoshoni camp by the soldiers who began firing on the Indian men, women, and children indiscriminately. By 8:00 a.m., the Indian men were out of ammunition, and the last two hours of the battle became a massacre as the soldiers used their revolvers to shoot down all the Indians they could find in the dense willows of the camp.

Approximately 250 Shoshoni were slain, including 90 women and children. After the slaughter ended, some of the undisciplined soldiers went through the Indian village raping women and using axes to bash in the heads of women and children who were already dying of wounds. Chief Bear Hunter was killed along with sub-chief, Lehi. The troops burned the seventy-five Indian lodges, recovered 1,000 bushels of wheat and flour, and appropriated 175 Shoshoni horses. While the troops cared for their wounded and took their dead back to Camp Douglas for burial, the Indians’ bodies were left on the field for the wolves and crows.

Although the Mormon settlers in Cache Valley expressed their gratitude for “the movement of Col. Connor as an intervention of the Almighty” in their behalf, the Bear River Massacre has been overlooked in the history of the American West chiefly because it occurred during the Civil War when a more important struggle was taking place in the East. Of the six major Indian massacres in the Far West, from Bear River in 1863 to Wounded Knee in 1890, the Bear River affair resulted in the most victims, an event which today deserves greater attention than the mere sign presently at the site.