The Ancestral Puebloan Period in Utah
Winston Hurst and Jonathan Till

The Ancestral Pueblo are the ancestors of descendant Pueblo peoples who now reside in Arizona, New Mexico, and Texas. Ancestral Pueblo peoples lived in the Four Corners region, including southern Utah, from about 300 BCE to 1300 CE, and are basically identified by their strong commitment to maize (corn) agriculture. Their predecessors, nomadic Archaic period peoples, had principally relied upon wild food resources since the end of the Pleistocene epoch around 8000 BCE. Although maize appears as early as 2000 BCE in the vicinity of the Four Corners, it’s not until 300 BCE that evidence of maize is consistently found in the households of people of the region.

The deep history of Ancestral Pueblo culture is characterized by changes in architecture, technology, community settlement plans, clothing, and rock art styles (among other things). Because these changes occurred over broad spans of time and across wide landscapes, researchers summarize Ancestral Pueblo history according to “periods” of time to understand better how changes occurred in Ancestral Pueblo societies. The sequence of periods is referred to as the “Pecos Classification,” the dates of which vary slightly across the greater Southwest. In southeastern Utah, for example, these periods are approximately:

As farming and village life established itself in the region, several subcultures or “traditions” of Ancestral Pueblo people became evident across the landscapes we now know as Utah, Arizona, New Mexico, and Colorado. To the south, in Arizona, archaeologists have distinguished the Kayenta tradition; to the southwest, in what is now New Mexico, they have identified the Chaco tradition (Figure 1). In Utah, the two traditions that emerged were the Virgin (west of the Colorado River) and the Mesa Verde (east of the Colorado River) traditions (Figure 1). We turn to specifics of the Mesa Verde tradition, which spans southeastern Utah and southwestern Colorado, for the rest of our discussion. 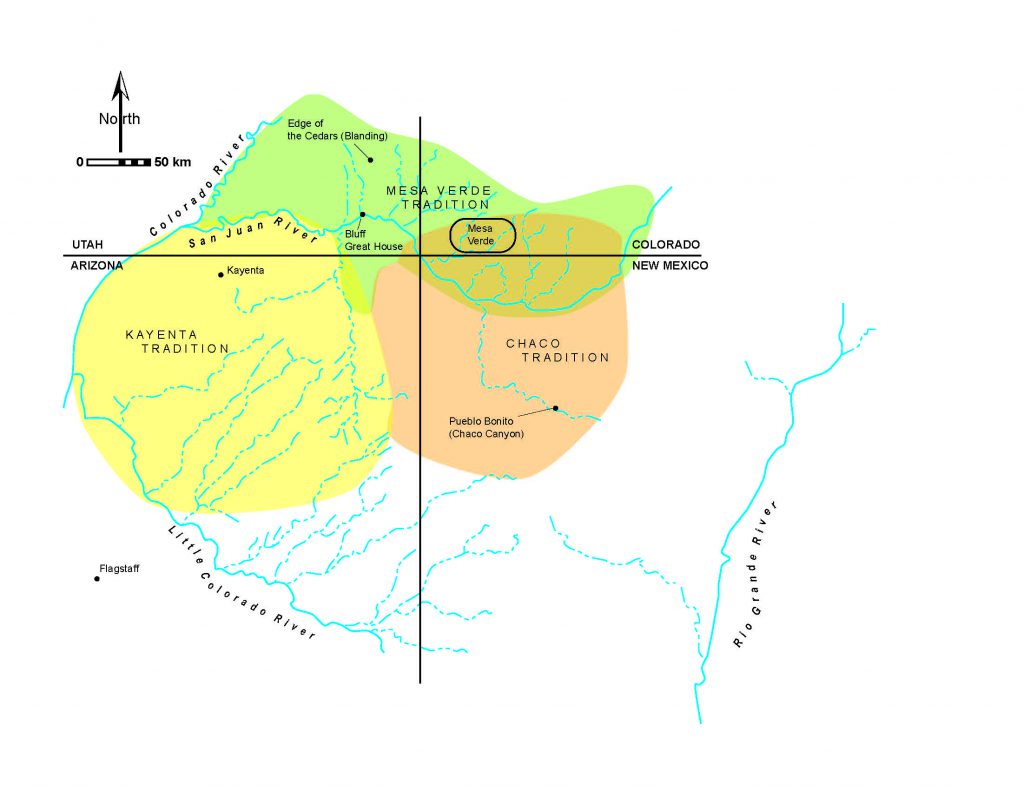 People of the Early Basketmaker period were reliant upon agricultural crops, corn and squash, and developed strategies and storage facilities for these foods. They made exquisite baskets, sandals, and other textiles but no pottery, for which reason they have come to be known as Basketmakers. The Basketmaker period also marked a transition in hunting and warfare technology, from the atlatl or “dart thrower” to the bow and arrow. The domestic architecture, pithouses, were partially excavated into the ground, largely constructed of wood and earth, and much more substantial than the constructions of the preceding Archaic period peoples. Architects of the time erected the walls and roofs of their pithouses by emplacing a set of upright posts into an excavated chamber, nestling horizontal beams across the tops of these posts, and then leaning timbers from the perimeter of the room against these horizontal beams. Earth was piled on to the leaning posts and roof, resulting in an earthen mound as seen from the pithouse’s exterior.

By the middle 500s CE, these early farmers introduced beans and pottery technology to the northern Southwest. The protein-rich diet of corn and beans enabled more people to live healthier lives and have more children.

Growing populations resulted in larger groups of people living close together. The earliest Ancestral Pueblo villages appeared in the late 500s and 600s CE. These villages were loose clusters of single-family dwellings with some separation between houses. The houses were usually two-room pithouses that had a small room or “antechamber” attached to the south side of a larger subterranean room. Late Basketmaker communities often included a large pithouse or “great kiva” that likely functioned as a center for ceremony and decision-making.

Ancestral Pueblo populations seem to have departed the adjacent landscapes of southeastern Utah and southwestern Colorado from about 700 to 750 CE. In the middle 700s, Pueblo communities returned but transformed. During the Pueblo I period, people continued to live in villages but settled even more closely together in architecture that resembles modern-day pueblo constructions. The largest and earliest of the Pueblo I period villages, Alkali Ridge Pueblo, is located just east of Blanding in southeastern Utah (Figure 2). 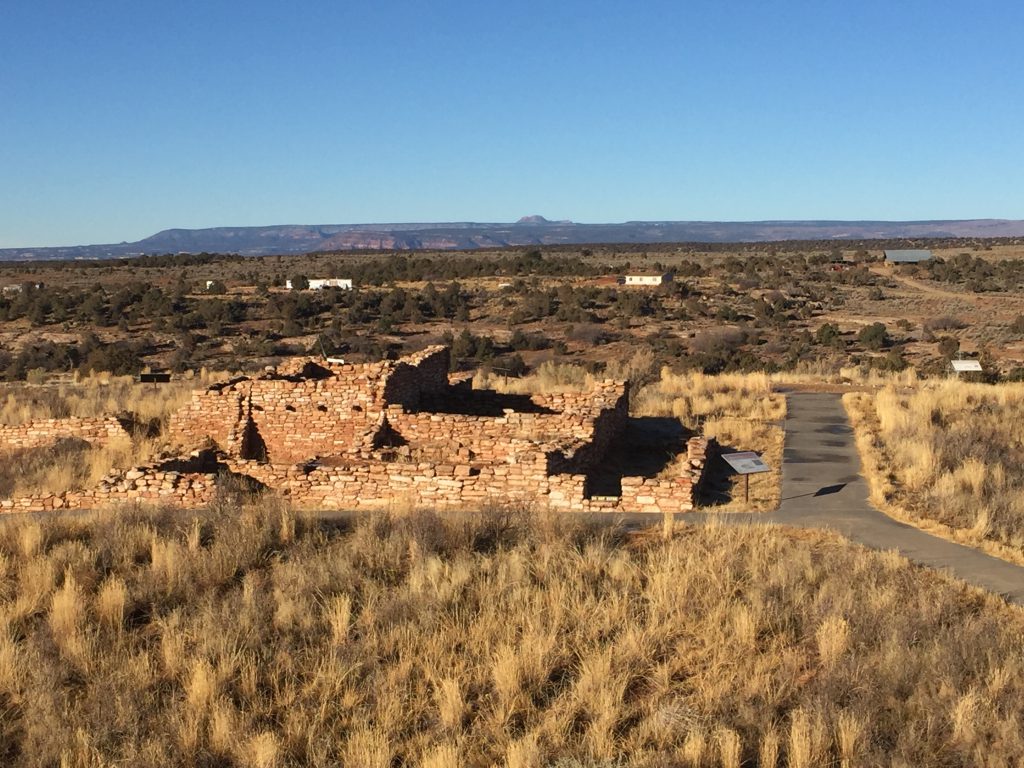 While families still built and lived in pithouses, they also built blocks of above-ground rectangular rooms (pueblos!) that were used as both living and storage spaces. This early pueblo architecture was mostly made with jacal (stick-and-mud), but often included slabs of stone at the bases of walls. Additionally, pithouse architecture changed, resulting in deeper rooms and the loss of the antechamber. By 750 CE the replacement of the atlatl and its hefty darts by the bow and its slender arrows was complete. Early Pueblo I period people also introduced and produced orange-to-red-colored “red ware” pottery (Figure 3), in addition to the older unpainted gray and painted black-on-white pottery classes. 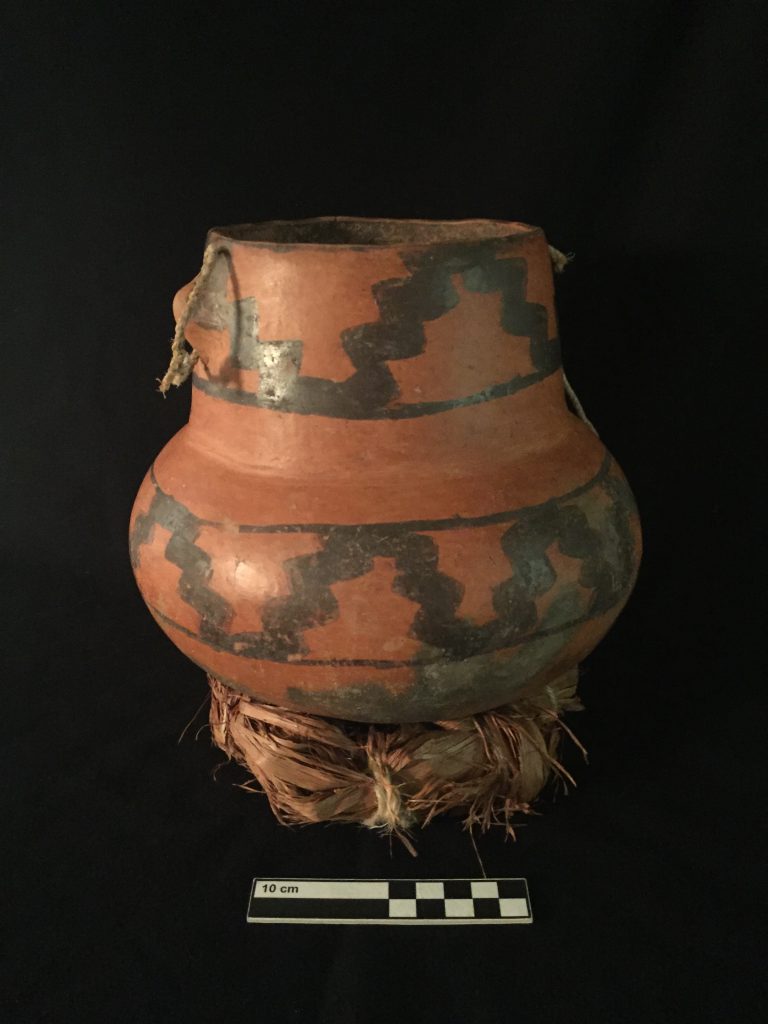 Figure 3: This Bluff Black-on-red jar was probably made in the 800s CE. Note the yucca cordage still present in one of the handles. The production of red ware pottery was a specialty of southeastern Utah in the late 700s CE through the 1000s, at which point the focus of pottery shifted south, to the Kayenta region.

Pueblo I period populations thrived in southeastern Utah, particularly during the late 800s/early 900s CE. However, by the middle of the 900s farming populations seem to have declined throughout the Four Corners. The early Pueblo villages dispersed, and families spread themselves thinly across the landscape. The idea of texturing the surface of cooking pots with indented corrugation (Figure 4) became popular across the Pueblo world at this time, and serves as an ideal marker for the onset of the Pueblo II period. 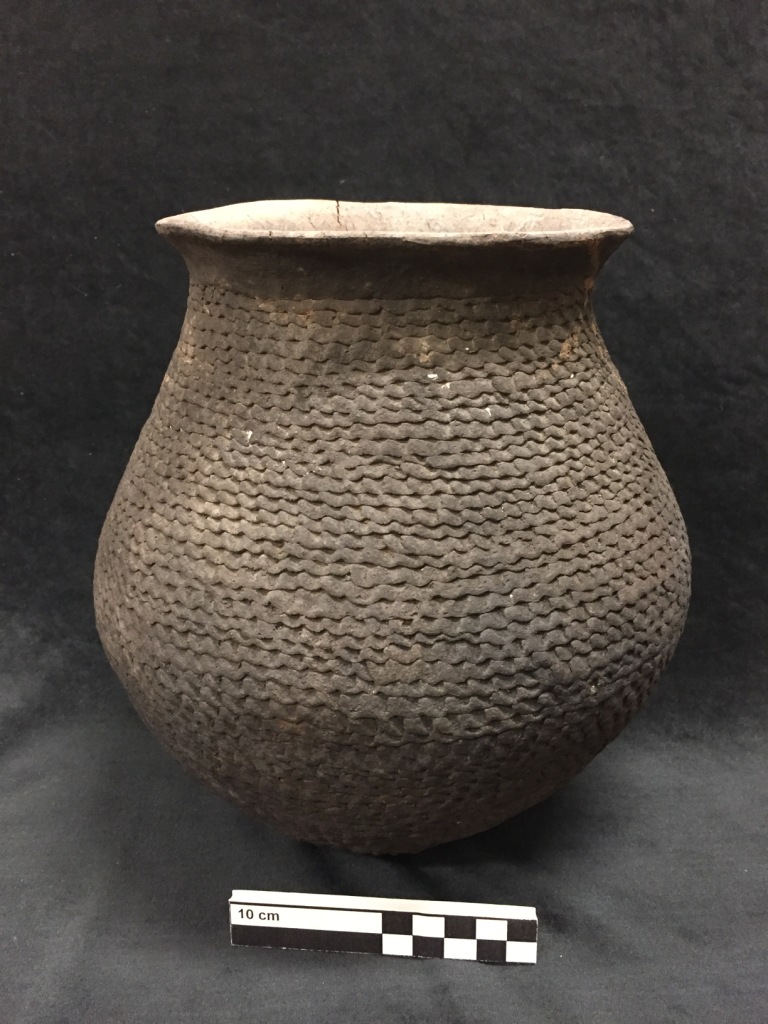 Figure 4: This Mesa Verde Corrugated jar is a beautiful example of the cooking pottery from the late1100s CE or 1200s. Corn meal was probably common to the contents of this vessel; however, lots of wild foods and game meat likely also contributed to the menu of people from the Pueblo III period, too.

Population in the Mesa Verde region swelled during the “Chaco era” (late 1000s – early 1100s CE). Great houses in the burgeoning communities modestly echoed the more monumental architecture of Chaco Canyon, with multiple stories rising above thick-walled, large lower-story rooms. The architectural footprint of great house sites also frequently included “great kivas,” large subterranean round rooms that often measure more than 10 meters (30 feet) in diameter. These rooms likely functioned as community rooms for ceremony and ritual. “Roads” are another element of the Chacoan footprint. These are wide (8 to 10 meters, or 25 to 30 feet) linear features that are usually excavated into the earth, resulting in a “swale” or furrow in the landscape, sometimes extending for miles. Finally, great house sites often include “earthworks,” such as low berms that intermittently encircle a great house or large platforms that were built to level a great house construction site. Currently about thirty great house sites are known for southeastern Utah.

In contrast to the aggregated villages of the Pueblo I period, Pueblo II period communities are more loosely dispersed, more like those of the older Basketmaker communities. Domiciles from the Pueblo II period mirror the household layouts of the Pueblo I period, but with some important differences. The above ground pueblo buildings are more frequently constructed of stacked-rock masonry: rock slabs are common in the early half of the period, while blockier stone became more common by the mid-1100s. People continued to live in subterranean rooms, but the roofs of these features became radically different. Instead of flat roofs supported by upright posts set into the floor, domed roofs of upwardly converging, horizontally laid timber courses were supported by stone masonry columns (pilasters) attached to the wall. The domed ceilings of these underground round rooms looked like overturned baskets. Archaeologists refer to these subterranean round rooms built with pilasters as “kivas.”

In addition to corrugated cooking jars, the pottery of the Pueblo II period included painted white and red ware serving vessels (e.g. bowls and water jars). Indeed, southeastern Utah appears to have been a center of red ware pottery production at this time. However, by 1100 CE, the center of red ware pottery making had shifted away from the Mesa Verde tradition societies in Utah to Kayenta tradition populations in the south.

By about 1150 CE, Ancestral Pueblo communities began to aggregate again into large villages. In some cases, these compact villages developed around community centers with a Chacoan footprint (great house/great kiva/roads/earthworks). Pueblo roomblocks are characterized by large, well-shaped “bricks” of stone. Towers, which have a single-room footprint but are multiple stories tall, were a new addition to the region’s architectural sensibilities and were folded into both individual domestic and village constructions. Similarly, mugs emerged as a new pottery form that is specific to this period. The black-on-white pottery from this period is known for its exquisite painted design work on the surfaces of thick, well-polished bowls, jars, and mugs.

In the late Pueblo III period, after about 1225 CE, Ancestral Pueblo communities in southeastern Utah began to decline in population. By about 1270, Utah appears to have been completely vacated, while a few large communities struggled on in southeast Colorado. By 1280, even those large communities were empty and the entire Mesa Verde region depopulated, its people having moved south into new, large towns in what would become New Mexico and Arizona.

Why did people leave? There is no single reason or cause, but probably several, both social and natural. First, previously established Pueblo communities in the south probably offered compelling harbors for their northern relatives. Second, climatic conditions in the north had changed, threatening the cultivation strategies developed by farmers in southern Utah and adjacent areas. Rainfall became less reliable, and the growing season shortened—too little rain and cooler weather is a bad combination for maize farmers. Third, after intensive use for hundreds of years, many natural resources across the Mesa Verde region may have been depleted. Finally, other Native communities, newly arrived or already established in the region (or both), settled into and filled the landscapes depopulated by Ancestral Pueblo peoples.

Today, southeastern Utah is home to Diné (Navajo) and Nuche (Ute and Paiute) communities. Modern Pueblo people continue to thrive in twenty-one distinct communities across the states of Arizona, New Mexico, and Texas, many of whom continue to visit and maintain vital connections with their ancestral landscapes of southeastern Utah.

Cameron, Catherine 2008 Chaco and After in the Northern San Juan: Excavations at the Bluff Great House. University of Arizona Press, Tucson.