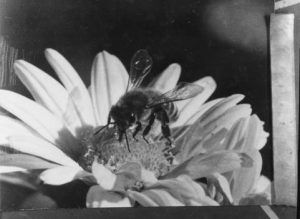 Deseret was the name given to the region for which the Mormon pioneers sought territorial status in 1849 and to the quasi government that they carried on for the next two years. It also designated the state they repeatedly sought to have admitted to the Union, and it also designated the shadow government they conducted from 1862 to 1870. “Deseret” is a Book of Mormon term (Ether 2:3) meaning “honeybee.”

On 3 May 1849 John M. Bernhisel left Great Salt Lake City with petitions asking Congress to create the Territory of Deseret, encompassing the Great Basin, the Colorado River drainage area, and a link to the Pacific Ocean around San Diego. Earlier, a slate of officers, all Mormon, had been endorsed in a mass meeting and the executive branch of Deseret had begun to function under “Governor” Brigham Young. It continued until Congress created Utah Territory in September 1850 and presidential appointees took office the next spring.

For a century historians were perplexed by documentary evidence that two somewhat contradictory political activities were going on in early 1849. One, a movement to create a territorial government, produced petitions with several thousand signatures, which Bernhisel carried to Washington. The other, a constitutional convention to create a new state, sent Almon W. Babbitt east to join forces with Bernhisel. The incongruities were ignored or rationalized away until research established that the minutes of the March 1849 convention, the constitution ostensibly drafted there, and the associated report were in fact created in July by a council of church leaders. Young and his advisers apparently decided that statehood should have been sought, as California and New Mexico were doing. Realizing that there wasn’t time to go through the normal sequence of statehood procedures, they wrote a constitution based on Iowa’s, created convention, election, and legislative records, and then had them printed in Kanesville, Iowa, because Deseret did not yet have an operating press. Babbitt took copies of the now very rare pamphlet back to Washington and joined Thomas L. Kane and Bernhisel in the fruitless bid for statehood.

Meanwhile the self-designated “State of Deseret” provided essential government services in the Great Basin. A bicameral General Assembly (Senate and House of Representatives) met in January 1850 and intermittently thereafter to enact ordinances having the force of law. No judges were initially selected, but a judicial system and a criminal code were later provided. Laws regulating elections were also passed; in fact, however, voters simply ratified choices previously made by church leaders. Functioning within the framework of the ecclesiastically created constitution, the General Assembly organized the county governments and incorporated Great Salt Lake City, Ogden, Provo, and Manti. A militia, patterned (and named) after the earlier Nauvoo Legion, was established. Taxes on property and liquor were authorized, gambling was suppressed, and the use of water, timber, and other natural resources was regulated. The Church of Jesus Christ of Latter-day Saints was incorporated, as were the Perpetual Emigrating Fund Company and the University of Deseret. Upon recommendation by Brigham Young (the retiring “state” and incoming territorial leader), the General Assembly dissolved the State of Deseret on 4 April 1851. Its laws and ordinances were re-enacted by the legislature of Utah Territory on October 4 of the same year. Unsuccessful efforts in 1856, 1862, and 1872 produced new draft constitutions for the State of Deseret, its boundaries changing to fit the shrinking limits of the Utah Territory. Following each annual session of the General Assembly from January 1862 to January 1870, the members of the all-Mormon body formally ratified their work in the name of Deseret and “Governor” Young approved the action. With the coming of the railroad and the intensification of national opposition to Mormonism, hopes for Deseret faded. However, Utah’s ubiquitous beehive symbol still commemorated the dream.