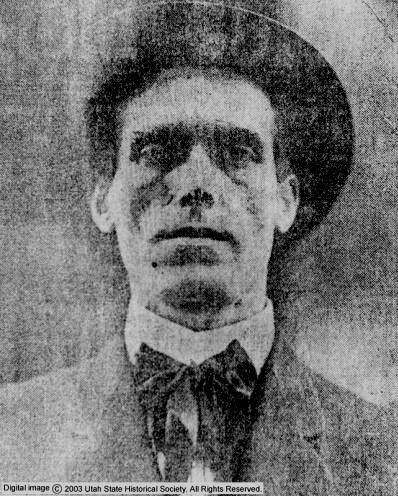 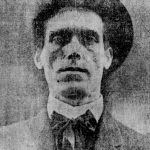 Joe Hill was a labor organizer and songwriter who was accused of murder and executed in Salt Lake City on 19 November 1915.

Born in Gavle, Sweden, on 7 October 1879, Joe Hill, also known as Joseph Hillstrom and Joel Hagglund, was an American labor songwriter and martyr who was executed in Salt Lake City on 19 November 1915.

He immigrated to the lower east side Bowery section of New York City via Ellis Island in 1902. His naive idealism about American society was soon shattered by the harsh conditions and exploitation of immigrant workers that he witnessed. He became an itinerant laborer, working in mines, the lumber industry, and as a longshoreman. He also developed skills as a hobo, traveling on freight trains and living off the land.

Hill joined the IWW (Industrial Workers of the World or Wobblies) around the year 1910. He wrote songs based on the experiences of the working man of his day which were published in the IWW’s Little Red Song Book. His most famous songs, including “Rebel Girl,” “The Preacher and the Slave,” and “Casey Jones,” became world-famous and were used in labor organizing drives and in rallies supporting strikes.

Joe Hill came to Utah in 1913 and found employment in the Park City mines while becoming acquainted with the Swedish community in Murray, Utah. In 1914 he was accused of the murder of a Salt Lake City store owner, John A. Morrison, and convicted on circumstantial evidence. There ensued an international battle to prevent his execution by the State of Utah. Hill’s supporters claimed that the business interests of the West, especially the “Copper Bosses” of Utah, had conspired to eliminate him. While there was no direct evidence that this was true, the climate of opinion in the West and in Utah was decidedly hostile to the IWW and to Joe Hill. It is clear that, under today’s laws, Hill would not have been executed on the evidence presented at his trial. President Woodrow Wilson intervened twice in an attempt to prevent the execution, but Hill was executed at the Utah State Prison in Sugar House, Utah, on 19 November 1915.

Since Hill’s execution, he has become a folk hero and labor martyr, a symbol of the American radical tradition and the quest for economic and social justice for society’s disadvantaged. One of his statements, “Don’t mourn, organize!” has become a labor rallying cry; while another, “I don’t want to be found dead in Utah,” concisely captures his sentiments prior to his execution.

There have been many attempts to portray Hill’s life in different media over the years; biographies, novels, songs, plays, and movies have been written about him. “I Dreamed I Saw Joe Hill Last Night” by Alfred Hayes and Earl Robinson has become an
American folk song of enduring quality.