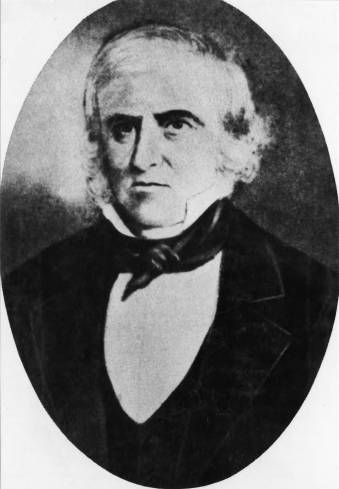 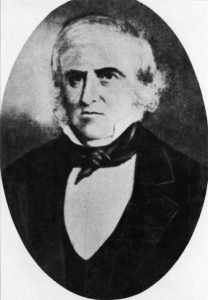 Peter Skene Ogden, born in 1794, was an experienced trapper and mountain man who remained with the Hudson’s Bay Company after its 1821 merger with the Northwest Fur Company. In November 1824 Ogden was appointed leader of the Snake River Country Expeditions by John McLoughlin, and he was instructed to continue the British policy of creating a “fur desert” between American territory and the southern Columbia River drainage to discourage American trappers from coming into the area.

Ogden, with a brigade of 131, pushed south from Flathead House toward Utah in December 1824. Accompanying the British was a small group of Americans directed by Jedediah Smith. By April the expedition had reached the Bear River, where the two outfits parted company. Ogden continued south along the Bear River to Cub Creek in present Cache Valley, where he learned from Snake Indians that Americans (John H. Weber’s brigade) had already trapped the area. The British continued south through present-day Smithfield, Logan, Hyrum, and into the Huntsville area via Paradise Canyon. After trapping the Ogden Valley region, Ogden took his brigade across the divide south of Huntsville and established his southernmost camp near present Mountain Green. Records seem to indicate that Ogden himself did not enter the area of the present-day city which now bears his name, nor is it positively known if he even saw the Great Salt Lake at this time. However, men of his brigade did return from their trapping with accounts of these areas, and it is quite possible that Ogden did observe them.

While encamped at Mountain Green, Ogden’s company was visited by two groups of trappers. The first was led by Etienne Provost, and the second was a group of “Ashley Men” from John Weber’s brigade led by Johnson Gardner. Discussion between Ogden and Gardner regarding ownership of the territory escalated into a heated exchange. Ironically, both parties were trespassing on Mexican territory. Gardner enticed twenty-three of Ogden’s men to defect to the American camp, bringing more than 700 pelts with them. Fearful of additional desertion and losses, and also to avoid possible diplomatic repercussions, Ogden gathered the remainder of his brigade and retraced his steps to Flathead Post. Undoubtedly, had Ogden not been forced to withdraw, his journals would have provided the earliest and most complete account of what became the Utah Territory.

Ogden continued to lead Hudson’s Bay Company brigades; however, not until his 1828-29 expedition did he again enter the Utah area. This journey brought Ogden south from Fort Nez Perce to what trappers called “Ogden’s” or “Mary’s” River, later named the Humbolt by John C. Fremont. Pushing east, Ogden’s brigade proceeded to present-day Lucin, Utah, then north along the east side of the Grouse Creek Range. The expedition then proceeded eastward across Park Valley and camped near Ten Mile Spring. Ogden indicates that at this spring he had his first view of the Great Salt Lake; whether this meant his first view during this expedition or his first time ever is uncertain. After observing the lake, Ogden continued north toward Soda Springs, then south along the Bear River through Cache Valley to where the Malad River joins the Bear. After trapping the area, Ogden’s brigade returned to Ten Mile Spring, skirting the north end of the Great Salt Lake and retracing their route out of Utah.

Ogden’s impact upon the fur trade was immense; however, after his 1828-29 expedition he never again entered Utah. He did remain active in the Hudson’s Bay Company until a few months prior to his death in 1854.