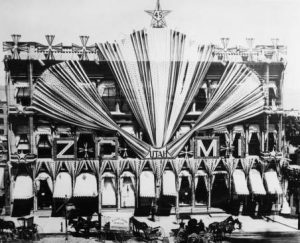 From the time the Mormon pioneers first arrived in Utah, a fervent goal of the vast majority of the region’s residents was overcoming inferior territorial status by gaining statehood. Statehood was considered tantamount to independence in local affairs, with state officers chosen and answerable to the electorate, rather than where officials were outsiders appointed by outsiders, as was the case with territorial government. The first attempt at statehood in 1849–50 aimed to persuade Congress to admit the so-called state of Deseret, stretching from the Colorado Rockies to the Sierra Nevada Mountains. The nation’s lawmakers, however, were not inclined to grant the Mormons control over such a vast domain, especially without the 60,000 eligible voters required for an area to be admitted as a state.

Undaunted, Mormon leaders sponsored a second attempt at statehood in 1856, sending Congress a draft of a constitution for a state much more limited in size. This occurred during the Republican party’s first presidential campaign featuring a platform plank denouncing the “twin relics of barbarism,” slavery and polygamy, the latter of which the Latter-day Saint leaders had recently acknowledged to be part of church doctrine and practice. Although some in the rival Democratic party initially encouraged the statehood effort, such cordiality was short-lived because reports of Mormon defiance of appointed officials in particular and the government in general soon prompted newly elected President James Buchanan to send United States Army troops to quell the presumed “Mormon Rebellion.” Any hopes of statehood at the time were casualties of these developments. Similarly, a third effort in 1862 was not given serious consideration by a Congress then in the process of prohibiting plural marriage by federal statute. 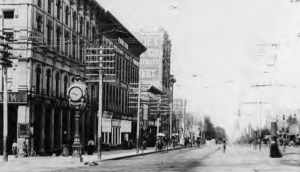 ZCMI at the time of statehood celebration in 1896

When another movement for Utah’s admission into the union was mounted in 1876 its sponsors essentially disregarded recent warnings from visiting federal executive and legislative leaders that statehood was not possible so long as plural marriage continued to be condoned and practiced in Utah. Similarly, most members of The Church of Jesus Christ of Latter-day Saints placed their highest value on “following counsel,” in virtually all matters relating to their church-centered lives. Thus they appeared to be in direct opposition to the long-standing American principle of the separation of church and state. Particularly after the anti-Mormon Liberal party was organized in 1870, there was much emphasis on church interference in politics as a major argument against granting Utah the measure of independence that statehood would bring. However, there is considerable evidence that this was something of a pretext for allowing the non-Mormon minority in the territory to continue to dominate political affairs through the Gentile-appointed officials who would rule until statehood arrived.

Amidst increasing hostility and bitterness between the Mormons and their opponents, the territorial legislature adopted a new tactic for an 1882 statehood attempt, demanding “a republican form of government” so that citizens in Utah could enjoy the blessings of liberty the founding fathers of the nation had sought to assure for all citizens. Although appropriate legislation was introduced in Congress on several occasions over the next year, all such bills were promptly pigeonholed. During the ensuing years, a so-called anti-polygamy “raid” escalated, with increasing prosecutions but no real submission from the Mormons.

Throughout the four-decade struggle, most of the legislation and law-enforcement activity inimical to Mormon interests had come from the Republican Party. But in the mid-1880s, with the coming of the Democratic Grover Cleveland administration, church leaders hoped at least for a more humane administration of the laws. And, in fact, Cleveland began to fill the Utah territorial positions with men committed to ease the long-prevailing tensions. More importantly, church emissaries succeeded in establishing an understanding with President Cleveland and some of his closest advisors, including Solicitor General George A. Jenks. In consultation with these party leaders, a sixth attempt at statehood was launched in 1887, which featured a constitutional clause prohibiting polygamy. The specific wording was drafted by Jenks, who also visited Utah in early July to oversee work behind the scenes.

Meanwhile, Mormon church leaders also approved of the strategy. They essentially agreed that it was better to have anti-polygamy laws enforced by their own elected officials than to have continued enforcement by unsympathetic outside appointees. Thereafter, church leaders quietly assembled key Mormon delegates to the constitutional convention and urged them to go along with the prohibitions against polygamy. George Q. Cannon of the First Presidency of the church emphasized that they were engaged on “the most important political move since the church was organized.” High church officials were equally emphatic that local Mormon leaders encourage voters to ratify the constitution when it was submitted for approval; and this ratification was accomplished by a large majority. If church interference in politics had been as much a concern to high Democratic leaders as some asserted, they certainly would not have continued cooperating and, in fact, encouraging such activity.

However, the statehood attempt ran into a Congress far less willing to cooperate with the Utah admission scheme unless Mormon leaders were willing to commit themselves more specifically against polygamy. Since church authorities refused such concessions at the time, this elaborate attempt at statehood met the same fate as its predecessors. Another casualty, in the long run, was the generally cordial relationship that had existed for many years between the church and the Democrats.

Because of the widespread opposition to Mormonism and polygamy, church leaders recognized the need for public-relations work with the nation’s press—the most important opinion-molding institution of the day. Through an elaborate network of lobbyists, also engaged in protecting other interests, Mormon authorities authorized the expenditure of at least $144,000 in 1887 to help persuade key newspapers not to print negative items and, if possible, to publish positive ones. A substantial number of papers across the nation altered their editorial treatment of the church from what it had been at the beginning of the year.

Isaac Trumbo, a Californian with Latter-day Saint relatives, became the most important agent in the church lobbying effort, which gradually became closely connected with the Republican Party, then coming to power with the Benjamin Harrison administration. Trumbo was successful in enlisting some of the most influential of all Republicans in the cause of Utah statehood. James G. Blaine and James S. Clarkson represented a faction of the party which had recently become convinced that some of their more intolerant fellows had alienated the majority of voters in large areas through their stands against such practices as the use of alcoholic beverages, conducting school in non-English languages, and polygamy. These party leaders became committed to increased tolerance and cultural pluralism.

One of the developments pivotal in winning much Mormon gratitude and support, even though the Republican party had formerly been a major opponent, was Blaine’s intervention to block passage of the Cullom-Struble Bill, which would have denied the vote even to non-polygamous Mormons, simply because of their beliefs. Part of the negotiations that led to that measure being tabled was an understanding that some change would soon be forthcoming on the church’s stand regarding plural marriage. The so-called Woodruff Manifesto was announced some months later. Among other things, this announcement placed responsibility for the continued practice of polygamy on the individuals involved and maintained that the church would not advocate new plural marriages in defiance of the laws of the land. The church could no longer be regarded as standing in the way of Utah statehood.

After the issue of polygamy was addressed, the other major obstacle to Utah’s admission was the bloc-voting tendencies of the Mormons. Friendly political advisors from both major parties advised that Utah would not be given statehood until normalization of political allegiances was achieved. Such normalization took place with amazing rapidity in 1891. The Mormon People’s party was quietly disbanded, and church members were encouraged to join the recently organized Democrat and Republican parties in Utah. There was real effort expended to try to keep them about equal numerically, but the Republicans gained a slight advantage. This gave partisan advocate Clarkson his most persuasive argument to fellow party members in Congress, whose support was needed for Utah statehood. His overstated estimate was that the Mormon vote held the balance of power in perhaps eight or ten states. Promises of this potential, along with apparent promises to key individuals that Utah statehood would enhance railroad and other economic developments in the area, in which they were sure to be included, helped to garner the needed congressional support for Utah’s admission into the Union as a state. 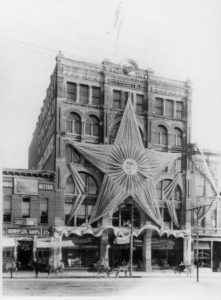 In the final struggles in Congress, it was the Democrats in the Senate Committee on Territories who appeared hesitant to grant the long-sought goal. Recent Utah territorial elections had gone against them, and with the national legislature so closely balanced, they were reluctant to grant two new Senate seats to the rival party. In the final compromise allowing the Utah enabling act, passed in July 1894, it was stipulated that Utah not be admitted until after the current congressional term. Thus statehood did not arrive until 4 January 1896, after a half-century of struggle.