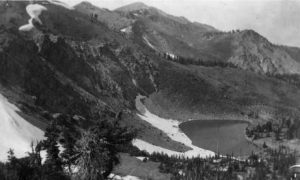 The product of 20 million years of geologic faulting, volcanic activity, and glaciation, the Wasatch Mountains, the western range of the Rocky Mountains, stretch across Utah from the Bear River in the north to Mount Nebo near Nephi in central part of the state. Most elevations along the range are generally between 9,000 and 10,000 feet; Mount Nebo is the highest peak at 11,877 feet. Some of the other significant peaks from north to south include Willard Peak, Mount Ogden, Bountiful Peak, Mount Olympus, Lone Peak, Mount Timpanogos, Provo Peak, Spanish Fork Peak, and Loafer Mountain.

Since the earliest days of Mormon settlement, the majority of Utah’s population has chosen to settle along the range’s western front, where numerous river drainages exit the mountains. The mountains were a vital source of water, timber, and granite for early settlers. Today they continue to serve as the primary source of water for the populous Wasatch Front, and to provide year-round recreational opportunities to residents and visitors alike. 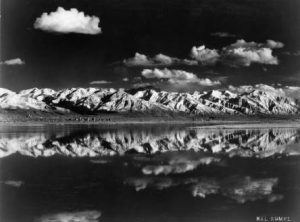 The mountains were first viewed by white men in 1776 when Fathers Francisco Atanasio Dominguez and Silvestre Velez de Escalante traversed the range, exiting near present-day Spanish Fork. The next entry into the mountains was during the 1820s by fur trappers and traders from Santa Fe and Taos; among them Etienne Provost, from whom the city of Provo takes its name. Following Provost into the Wasatch came British and American trappers, including Peter Skene Ogden, William Ashley, Jedediah Smith, James Bridger, James Clyman, among others. The competition between British and American fur interests throughout the west became moot when, by 1840, silk replaced beaver fur as the height of fashion.

In 1846, having left Fort Bridger and following the instructions of frontier entrepreneur Lansford Hastings, the members of the ill-fated Donner-Reed Party hacked out a wagon road from near the site of present-day Henefer and down into the Salt Lake Valley. Eleven months later, in July 1847, the first Mormon emigrants negotiated this same wagon road in only three days.

When Mormon loyalty to the United States was questioned during the Civil War, Colonel Patrick Connor and his Third California Infantry were ordered to Utah to establish Fort Douglas at Salt Lake City. With Connor’s encouragement, the Californians spent much of their time prospecting for minerals in the Wasatch and other areas near the city. 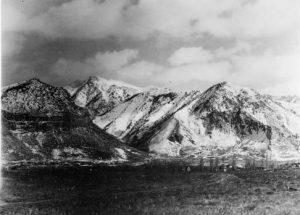 Wasatch Mountains, in the top of the mountains between Salt Lake City and Ogden

In 1896, prospectors discovered silver, lead, and zinc deposits in the canyons and mountains southeast of Salt Lake City, particularly in Big Cottonwood, Little Cottonwood, and Parley’s Canyons. By 1870 towns like Alta and Park City had sprung up and taken on the aspect of other mining towns found throughout the West. Alta at one time supported twenty-six saloons and six breweries, while the major portion of Park City’s municipal revenues were received from saloon licenses and fines for prostitution.

After experiencing years of decline, Alta and Park City have experienced something of a rebirth as winter ski resorts. Indeed, skiing has become one of Utah’s major attractions, prompting the development of many major and world renowned resorts in the Wasatch Range, where snow has been claimed to be the world’s finest for skiing.