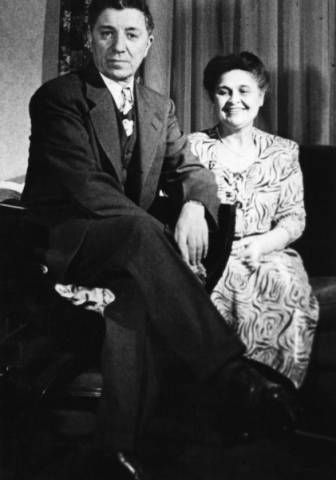 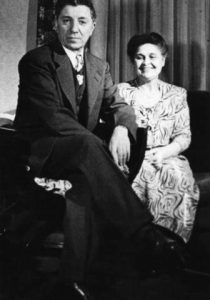 Fortunato Anselmo was Italian vice consul in Utah and Wyoming for forty-one years.

Born October 1, 1883, in Grimaldi, Province of Cosenza, Calabria, Italy, Fortunato Anselmo immigrated to the United States at the turn of the 20th century. He first settled in Pueblo, Colorado, and worked as a reporter for the Italian-American newspaper Il Vindice and engaged in mercantile interests. Fortunato married Anna Pagano in Pueblo in 1909. They were to have three children, Annette, Gilda, and Emma.

In 1911 the Anselmos moved to Salt Lake City where Fortunato operated a wholesale imported food business, F. Anselmo & Co. He opened another store in Carbon County where a large number of Italian immigrants had settled. He founded La Gazzetta Italiana in about 1912 in Salt Lake, quickly establishing himself as a spokesman within the Italian community. He sold his newspaper interest upon being named vice consul.

His appointment came on April 20, 1915, and Fortunato soon became both friend and official adviser to Utah and Wyoming Italians. Through the vice consul’s office passed all requests for passports, visas, and other papers and documents that required official approval of the Italian government in Rome. In addition, he served as a representative of the Bank of Naples, one of Italy’s oldest and largest financial institutions. In this capacity he handled the sending of money orders by local Italians to relatives and friends in Italy as well as providing tickets for traveling immigrants.

The vice consul involved himself actively in the political and social scene of Salt Lake City and Utah. In 1917 Anselmo lobbied the Utah State Legislature to have Columbus Day declared a legal state holiday. That effort failed, but on March 13, 1919, Gov. Simon Bamberger signed into law a bill making October 12, Columbus Day, a legal state holiday. On Monday, October 13, 1919, the largest Columbus Day celebration in Utah’s history occurred. The Salt Lake Telegram labeled the parade as “one of the most pretentious pageants ever held in the city.” All groups in the community enjoyed the celebration.

Anselmo also involved himself deeply in the lives of the immigrants and their families. They looked to him for aid in solving many of the problems encountered in daily life. He helped in bringing relatives from Italy to Utah, translated Italian into English, and acted as an adviser when legal matters were in question. One of his saddest duties took him to Castle Gate, Carbon County, in March 1924 to offer his assistance following a coal mine explosion that killed 172 men, including 22 Italians.

At the Anselmo home in Salt Lake City Fortunato and Anna greeted many dignitaries and celebrities. They entertained the Italian ambassador to the United States, Vittorio Rolandi-Ricci, in 1920; and in 1930 Italian heavyweight boxing champion Primo Carnera visited. Fortunato greeted a distinguished group of visitors in 1936, including Cardinal Eugenio Pacelli who would become Pope Pius XII.

In recognition of his consular service Anselmo received two honors from the Italian government—Knight of the Crown of Italy and Officer of the Order of the Crown of Italy. He became a naturalized citizen of the United States in 1923 and as such was ordered by the Mussolini government to resign his post as vice consul. He was to remain until a successor could be appointed; however, since no one was named, Anselmo remained until the office was ordered to close by the U.S. government in 1941. But in 1950 Fortunato received a reappointment and he remained as vice consul until his death on July 15, 1965.