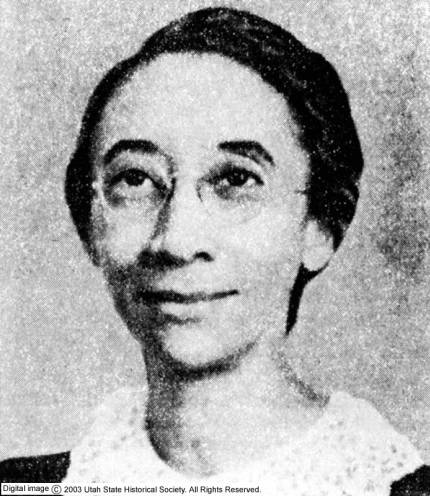 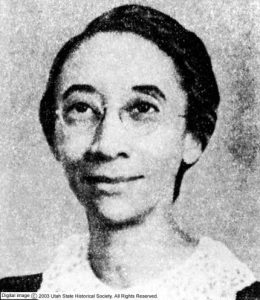 Nettie Gregory (1890-1964) was a prominent black woman in Utah. The Nettie Gregory Center, a community center for the black community of Salt Lake City, was named for her. Digital Image (c) 2004 Utah State Historical Society.

She cared about people of every race and creed.

Born August 5, 1890, in Jackson, Tennessee, to Fosh Elliott and Ann Elizabeth Copeland Grimes, Nettie was a teacher and an accomplished musician who had never ventured outside her native state until her marriage in 1914 to William Gregory. Also a native Tennessean, he had taken up permanent residence in Salt Lake City in 1913 as a railroad employee and had wooed Nettie by mail. The couple had two sons and two daughters.

Nettie Gregory devoted her life to helping others.

Nettie Gregory quickly adapted to life in Utah and sought to make herself useful to the community. She was especially concerned about the lack of wholesome recreation for young people living on the city’s west side. She and her husband began some activities at the Calvary Baptist Church but found that the number of young people wanting to participate exceeded the capacity of the church’s facilities. The answer was obvious to the Gregorys. Their neighborhood needed its own building with adequate space for a variety of community activities, including weddings, socials, and youth programs. William Gregory donated a small parcel of land, and according to Deseret News reporter Rose Mary Pederson, Nettie Gregory “recruited black women belonging to the Salt Lake Community Club and the Nimble Thimble Club to act as leaders in the fund-raising drive.” They held dinners, bake sales, and bazaars.

In 1959 construction of the first civic building in Salt Lake City built by African Americans began. The project required 5 years to complete, but the idea had been in Nettie’s heart for almost 20 years. At the building’s dedication in November 1964 Gov. George D. Clyde was among the dignitaries present. Los Angeles educator James Laster spoke on the need to improve neighborhoods everywhere and for a larger “community of parents” to support and guide children.

Although Nettie had died of a stroke on July 6, 1964, those preparing to use the building recognized her by naming the new structure at 742 West South Temple the Nettie Gregory Center. The needs of African American youth had spurred the drive to build it, but the Gregorys always envisioned it as a place where people of all races and creeds would be welcome. In the words of William Gregory: “My wife and I always felt that there should be complete equality there. . . we wanted the center to serve everyone.”